How to Divide Debt Fairly in a New Mexico Divorce 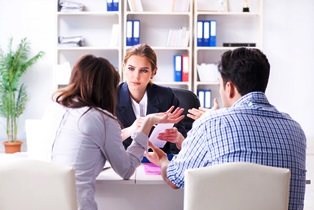 Debts are divided according to the same rules as property in a New Mexico divorce case. Since New Mexico is a community property state, most obligations entered into during a marriage are considered community debts.

It may seem unfair, but New Mexico courts frequently divide debt equally between the two people, regardless of:

In the majority of circumstances, marital debt is divided equally, but certain situations counter this court action. For example, the following financial obligations may be the responsibility of just one spouse:

Most divorcing couples have some debt. If you believe this financial burden shouldn't be split equally between you and your ex, it's important to make a strong argument to the court about why it should be considered non-community debt.

An experienced Albuquerque divorce lawyer can review financial records and help you understand what you might really need to pay. Call Genus Law Group today to schedule your consultation, 505.317.4455. Or you can chat with a representative today. We'll fight to protect your rights and assure you only have to deal with community debt according to New Mexico law.