What Your DUI Lawyer isn't Telling You 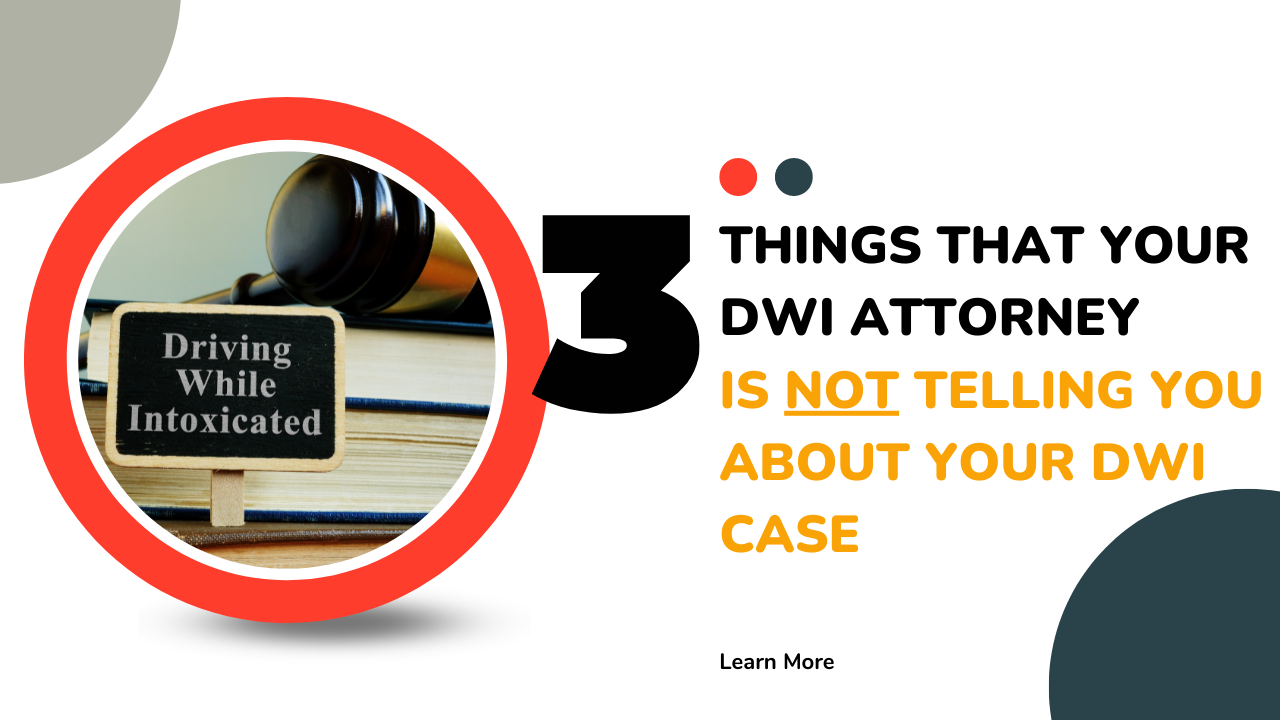 Hello, my name is Attorney Anthony Spratley. I’m the owner and founder of Genus Law Group here in Albuquerque, where we practice law and do it well. Let's talk about some things that your DWI lawyer should be telling you about your DWI case like the different components, we're gonna go over three things.

What Is A MVD Hearing And How Important Is It?

The first thing that I want to go over is the MPD hearing and how important this is, really, it's as simple as you following the instructions that are given to you about requesting a hearing. Don't ignore it because if you ignore it, there will be a finding against you, if you don't request a hearing, your license will be revoked, and you will have to put an interlock device on your vehicle for at least six months. That's regardless if you go to a criminal trial or not, if your license is revoked because you decided that you did not want to attend a hearing, it's just gonna happen. They're gonna revoke your license or have to put it in a lock on your car for six months at a minimum. I always tell clients, that you should request a hearing, even if you're going to go by yourself that you don't need a lawyer to go to that hearing, although there are some benefits for you to do so. You don't need a lawyer to go to that hearing for you. But if you want a lawyer to go for you, because you're nervous, you're not sure what you want to say or what needs to be said at the hearing. By all means, hire an attorney to go to the MVD hearing. But the most important step is to preserve your right.

Send the money to MVD in a timely manner, and make sure they get it so you have your hearing right preserved. Another good thing about requesting a hearing is sometimes the DWI investigating officers don’t show up. If they don't show up to the hearing, and you do, usually the hearing officer will not reset it. The hearing officer will make a finding that the DWI officer or investigating officers that didn't show up, and they will dismiss the bad case against you and your license will not be revoked. And so what that means to you is that you don't have to put your interlock in your car for six months. What happens if the officers do show up and there's evidence presented that there was a crime committed. A crime that you were drinking while intoxicated based on police evidence and the conclusion by the hearing officer sitting there's an ultimate finding that you were driving while intoxicated, you violated the statute with regards to driving while under the influence. You can appeal that decision. That's why it's important to go to the MVD hearing, even if there's a finding that you were DWI. Because once that happens, you're gonna have to put it in a lock on your car for six months, or in your car for six months. File an appeal, because the appeal is going to take some time anyway. On the flip side, if you go to their criminal case, and your case gets dismissed. You still have your interlock device on your vehicle for six months. If you appeal it, you have the opportunity to win the license revocation. Even if the appeal is not successful, or it takes longer than six months to have the appeal heard, you can get it if you're successful on the appeal, you can get your records almost entirely expunged for having your license revoked, because based on the appeal, and if you're successful in the appeal, that means that your license wasn't revoked.

I was talking to a gentleman that had his case dismissed over five years ago. But he didn't go to the MVD hearing, he wanted to get his license reinstated. I said to him “Tough luck, you're gonna have to put that in a lock on your device.”  You need to put an annual lock on your device because of the administrative portion. This meant that the lock required him to have his license or his interlock device on his car for or in his car for six months before they would reinstate an unrestricted license.

Time Is A Valuable Asset For Your DWI Case

The second secret that defense attorneys won't tell you is that the longer that your case takes, the better off that you are right. So when you are arraigned, the state has 182 days and the prosecution has 182 days to prosecute your case in a formal trial or disposition. If they don't, then the court will dismiss the case if they don't do it. That's why time is a valuable tool for you in your criminal defense case. As you know, life gets in the way. And I've dealt with cases where officers had to go to training where they're the key witness in the prosecution's case and couldn't be rescheduled. The case got dismissed. Now, usually what happens is, if it's early on within the 182 days, two days if there's a trial date set, and the officer is not available, usually, the court will reset or not reset it, but ask the prosecutor help or inform that prosecution that they had the ability to refile the case if they could prosecute the case within 180 days. The secret here is, is that most of the time, they can't do it within 182 days, because usually, the trial date has been requested at about where we're not requested, but said about four months out from the date of arraignment, so it doesn't really give you much time to refile. There is time on the clock, there's not enough time for the administrative process, or the document process does give them the prosecution time to essentially re-prosecute the case over again because you have to refile and you have to get arraigned. It's not beneficial for the state to refile. Usually, your case just goes away. And so that's the way that you can beat the charge.

The last secret that your DWI attorney is not going to tell you is that usually, you can work out a deal with the state pretty early on without having to drag out this process up to 182 days. However, I like to take it out all the way to trial, having a plea is pretty much set up, just in case if we believe that a plea will get you a very, very good deal. For example this can get you dismissal within a year. But a lot of criminal defense attorneys aren't going to tell you that. You're going to be happy that they worked out this deal, after a year, your case is going to go away. Which is kind of nice, but you still have to plead guilty. You still have to do what's called the “first offender program” and we'll cover that for another topic. If you know anyone else that could benefit from this info, please share this with them.