How to Get the Custody You Want, Without Giving Away Everything 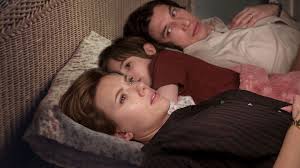 I am not in the habit of being a movie spoiler, but if you have not seen A Marriage Story, you need to. It is on Netflix, a subscription streaming service. Online, there is quite the debate on who to side with in the custody dispute - the Father or the Mother.

Throughout this movie, I heard many common themes that I commonly advise my clients on a regular basis. I am sure you have heard the cliche that no good deed goes unpunished.  It was something I picked up on in the movie, that the Father was being very naive about what he perceived as doing the right thing for them instead of the right thing for the best interest of the child. It is my opinion, he was oblivious as to what was going on that led to the hotly contested custody battle.  The same applies to your custody case as well, especially where you don't have a written agreement in place to ensure that everyone is being completely honest with their motives for custody and time-sharing. Here are 5 mistakes parents make in a custody case.

Second, if you are not married it is a good idea to get a custody order. A custody order will outline and give you the legal rights to the child that you deserve as a parent. It will also outline time-sharing and legal custody, should you allow the child to temporarily reside outside of the state.  You may think that the formality of a court-ordered isn't important, but it is very important as it is the legal mechanism to get your child returned back to you in the event the other parent decides they do not want to return the child back to you as part of a court order.

Fifth,  be prepared for long process custody and time-sharing process as you try to reach an agreement. Child custody situations are never easy and getting it right is challenging.  You may think having lawyers involved may complicate reaching an agreement, but lawyers familiar with family law and the courts can generally obtain custody and time-sharing agreement that's consistent with what the judge would enter consistent with the best interest of the child. As you know, a judge has ultimate discretion over custody and time-sharing issues if you put that decision in the hands of a judge.   When you do that, your outcome is uncertain. You should try to reach an agreement outside of court, even after someone has filed, to make sure that your rights are adequately protected and you have control over the outcome. Understand that your time-sharing and custodial relationship will change if the child lives outside of New Mexico. You know that if a parent relocates things will never be the same. The best option for you, if your child moves out of state with the other parent, is to ensure that you can spend the most time with your child when you have it.

Do not make a mistake when it appears a change of custody and time-sharing might occur and do nothing about it. Take this change seriously when that other parent decides to relocate out of the state.  Protect your rights, get the assistance of a lawyer, or the courts to help you decide what is in the best interest of the child.