How and Why to Establish Paternity in New Mexico 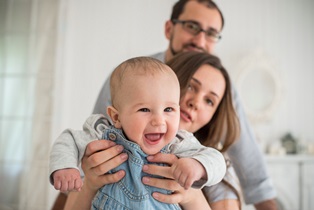 If you were married to a baby’s mother at the time of the infant's birth, there's a legal presumption you're the baby’s father. Of course, not all parents are married when their baby is born, and sometimes a husband is not the baby’s biological father. To benefit the child as well as the parents, it might be necessary to establish paternity definitively.

For a father, a clear answer about paternity permits:

For a mother, clarity about paternity permits:

For a child, paternity clarification allows him or her to:

Most importantly, paternity testing lets the father and child bond without question.

How to Establish Paternity

Paternity may either be established voluntarily or through the court system. If both parents agree, then it's determined by:

Unfortunately, it isn’t always easy to determine the identity of a child’s father. In some cases, genetic testing is required to provide certainty. Options include:

DNA genetic tests are over 99 percent reliable for providing evidence of paternity. It's much more expensive to conduct prenatal testing since clinicians have to isolate the infant's DNA from the mother's. If you can't wait until birth, expect to pay up to $2,000 for prenatal paternity confirmation.

If the child’s mother and the man claiming to be the child’s father don't agree about paternity testing, then either party may file a case with the court at any time before the child's 21st birthday. In these circumstances, a New Mexico court may require paternity testing. If a man refuses to comply with court-mandated testing, the court may conclude he's the father. He'll then have all the legal and financial responsibilities of parenthood.

Whether you're a mother or a father seeking to establish your child’s paternity, it's crucial to work with an experienced New Mexico family law attorney. You want to make sure that accurate paternity is established and legalized through the court or with the New Mexico Department of Health.

Few things in life are as important as knowing the identity of one’s parents and having them accept legal responsibility. The experienced and compassionate family law attorneys at Genus Law Group are ready to help your child live his or her best life. Contact us today for more information.