In New Mexico, active military members and retired veterans make up a rather large portion of the population. Since New Mexico hosts multiple military sites and bases including Kirtland, Holloman, White Sands Missile Range, and Cannon Air Force, we see many active and former members around the state. Many military spouses face trials and tribulations in and outside their home life, so soldiers and veterans want to be prepared for the worst when it boils down to it. As a former military member, owner and founder of Genus Law Group, Anthony Spratley, served in the Air Force as a Judge Advocate General (JAG). He has experience serving military members on and off duty and veterans. In the case of a divorce, it is crucial to seek assistance from an experienced New Mexico Military Divorce Lawyer. 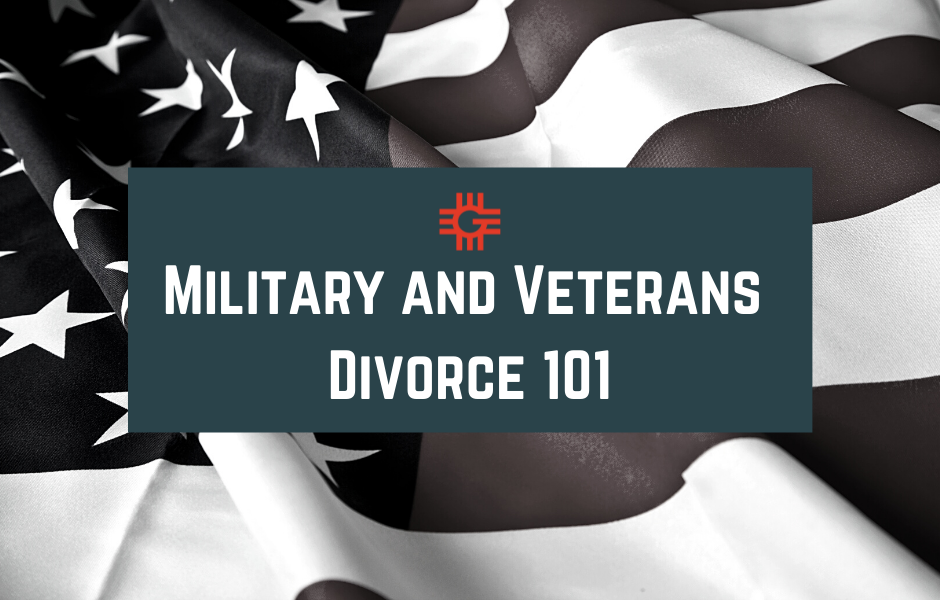 As we know, any divorce has its struggles and pitfalls. Military divorces and civilian divorces alike are made up of a plethora of components that can become problematic. Important matters including custody, timesharing, spousal support, division of property and assets among other underlying issues must be addressed during any divorce process. However, there are some differences between civilian divorces and military divorces. Things like custody and timeshare can be unique due to deployment factors and assets like military benefits are sometimes divided differently.

How To File For Divorce In the Military

Filing for divorce while in the military calls for different protocols than divorces for civilians. There are various laws put in place to protect service members so that legal proceedings are fair for both parties. Typically during divorces, once you are served you only have a certain amount of time to respond and if you do not the process may not work in your favor. To assure that both parties in a military divorce have equal opportunity to a fair divorce, section 521 of the Servicemembers' Civil Relief Act (SRCA) provides protection against default judgments, which is when one party fails to respond to the legal divorce action. According to this act, if a service member is on active duty, then divorce proceedings may be postponed for the duration of service and up to an additional 60 days thereafter.

To file for divorce in New Mexico at least you or your spouse must either live or be stationed in New Mexico. To begin the process, personal service with a summons and a copy of the petition must be granted up to the active service member. In cases of an uncontested divorce, service may not be needed as long as the active duty spouse signs and filed a waiver affidavit acknowledging the divorce action.

What Benefits Do I Receive After My Military Divorce?

There are lesser benefits available to spouses who do not meet a 20/20/15 rule. In addition, the non-military spouse is entitled to some portion of the military retirement, this is an important reason to have an attorney that can help you determine what your interest is based on the overlapping period of military service and marriage.

Along with the normal New Mexico property division laws, the federal government has enacted the Uniformed Services Former Spouses’ Protection Act (USFSPA) that governs how military retirement benefits are calculated and divided upon divorce. The USFSPA is the governing body that authorizes a direct payment of a portion of a military retiree’s pay to the former spouse. Note that, federal laws will not divide and distribute any of the military member’s retirement to the spouse unless they have been married 10 years or longer while the member has been active duty military. As far as child and/or spousal support, they are calculated in the same way as they are calculated for civilians. Additionally, child support and spousal alimony may not exceed 60% of a military member's earnings.

Can The Divorce Process Affect my Security Clearance?

The Federal government gives selected personnel or companies a security clearance to determine their eligibility for access to classified information or facilities. There are three levels of security clearance: Confidential, Secret, and Top Secret. If you are undergoing an investigation to receive security clearance while getting a divorce, remember this will be known by the security manager and investigators.

How We Can Help

If you are a current or former service member, or their spouse in Albuquerque or anywhere else in New Mexico looking to file for divorce, our experienced divorce attorneys can assist you during the process. An attorney like Anthony Spratley can be a huge asset to you during your divorce, due to his extensive knowledge and experience with family law and military divorce. While many law firms claim to be experienced with military divorce, few have actual veterans representing you. Having an attorney on your side who understands your situation and knows how to get you the best outcome can be a game-changer. Schedule an appointment to speak with an attorney by contacting us at (505)317- 4455 or chat with someone online today!