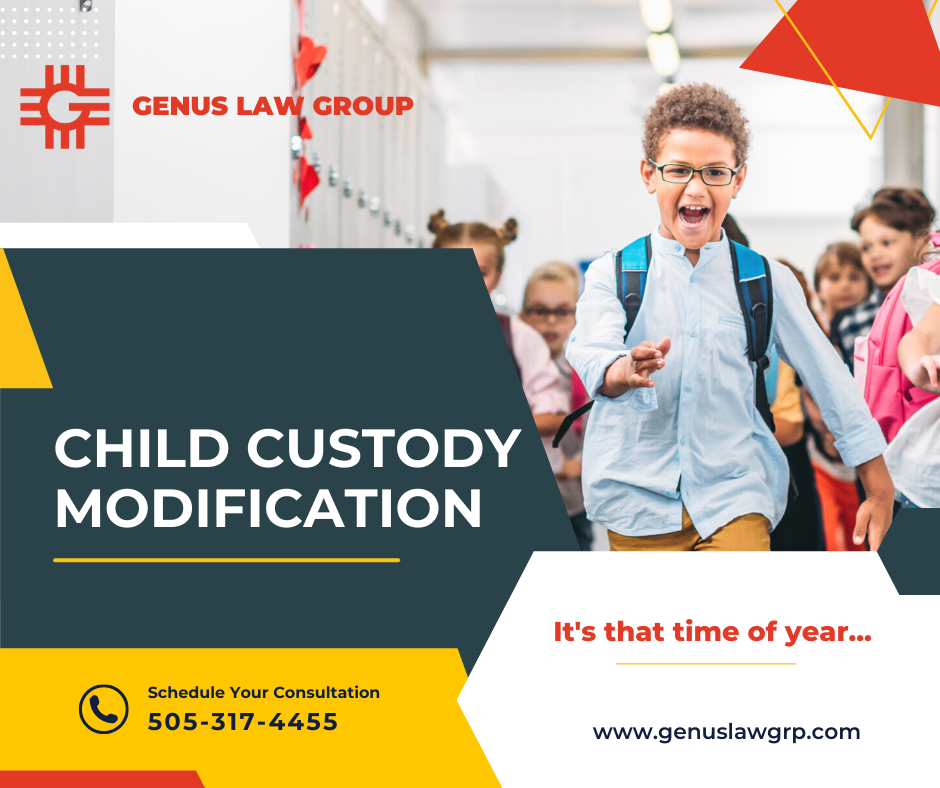 Child Custody is usually one of the most important and contentious parts of any divorce, and is actually one of the biggest causes of post-divorce disputes. While parenting plans are intended to be permanent, life changes and those agreements don't always allow for the flexibility of changing circumstances. Sometimes shared-custody needs to be adjusted, or sole custody needs to be consideired. Luckily the court maintains jurisdiction over the parenting plan, child custody and child support even after the divorce or custody case is finalized. That means that you can petition the court to modify these things if there are changes in you or your family's life or circumstances that require modifications. However, keep in mind that it can take weeks or months to file the correct paperwork and get a hearing on the matter. If the other parent is not in agreement with the changes it can take even longer, that's why planning is key if you want to modify your children's custody arrangements in time for holiday breaks or the new school year.

If you are married and are going through a divorce, a parenting plan and timesharing schedule as well as child support will be determined during the divorce process.  If you and your ex were never married and you never created a formal parenting plan or custody agreement, you have likely already realized, or soon will, that you really do need one. In this situation, the parents have probably never involved the court with their parenting arrangements and the father may or may not have acknowledged paternity, legal, or otherwise. This can create a considerable amount of uncertainty and can leave you and your children dependent on the whims of the other parent. It also severely limits your options in the event of a custody dispute. If at any time if one of the parents withholds the children, for any reason, the police will tell both parents that the matter is outside of their control and there is nothing they can do. This is because the dispute is legally considered a “domestic matter” without a clear court order that governs custody. This means that both parents technically have the same claim to custody so the matter would have to be resolved before a domestic relations judge. Unfortunately, the process of getting a decision can take several weeks or even months. This could mean being without your child for a considerable period of time.

How To Establish Custody in New Mexico

To resolve the dispute in this situation, the parent seeking custody must file a Petition to Establish Paternity, Custody, Time-sharing, and Child Support. The court will then set a hearing date, requiring both parents to come before the court. At the hearing, the court will determine whether the father is accepting parentage. If parentage is disputed, the court can order a DNA test to be performed. Once parentage has been established, the court will set temporary time sharing and child support. As you can see, it is advisable to either agree to a parenting plan with the other party as soon as you separate, or petition the court for one. If you wait until a custody problem arises, you will be subject to the stress and uncertainty of the above referenced process, as well as the long wait. If you are married and are going through a divorce, a parenting plan and timesharing schedule as well as child support will be determined during the divorce process.

What is A Parenting Plan?

In New Mexico, child custody arrangements are laid out and defined in what is called the Parenting Plan. Typically, the parenting plan is entered in as part of the couple’s divorce and is intended to be a permanent agreement. However, many times parenting plans are created when a non-married couple with children separate. The Parenting Plan regulates timesharing, drop offs and pickups, school year arrangements, holidays, summer break and vacations. The parenting plan even governs things like the childrens religion, doctor care and child support (along with the child support worksheets). Any changes or modification to these areas of your child’s life will involve either the consent of the other parent or a modification through the court. In fact, even when the other parent consents to changes, it is always best to have those changes formally but into the agreement. Too often informal or word of mouth agreements lead to instability and conflict down the road.

How to Modify Your Parenting Plan

Unfortunately, there are other more urgent reasons one parent may opt to file a motion to modify custody or even an emergency motion to do so. If the other parent is engaging in erratic or unstable behavior, addicted to drugs or alcohol, convicted of a serious felony or abusive toward the child in any way that threatens their safety, welfare, or best interests – the court will likely grant the motion to modify the present time-sharing arrangement. Violating a custody agreement rarely works to your advantage, and infact can hurt your case. Likewise, enforcing an existing custody order is usually straight forward.

When Should I Modify My Parenting Plan/Custody Agreement?

If you want to change your custody agreement in time for holiday breaks or the new school year, or you would like to relocate or change your children's school, the best time to file a motion to modify it is at the end of the school year or before. Here in New Mexico, that's about May. First, it is never a good idea to abruptly change a child’s routine or environment in the middle of school. Judges do not like making changes to the child’s status quo or routine during the school year. They will be more likely to accommodate changes between school years. Second, petitioning the court for a change takes time, especially if the other parent does not agree with the change. It may take weeks or even months to get a hearing set on the matter, and more weeks or months after that for both sides to file their respective motions and the court to rule on those motions. If you're hoping to make a change before August, when the school year starts, the fact is June or July is probably too late. The best chance you have to get the modification you want is to speak to an attorney as soon as April or as late as the end of May or beginning of June to start the process of getting the custody agreement you need.

Whether you need to establish child custody or visitation for the first time, or you need to change an existing parenting plan, child custody or child support order, we can help. Genus Law is New Mexico’s premiere family law firm, and our Child Custody attorneys are experts at handling every type of custody or guardianship case in New Mexico. That's because unlike the other large divorce firms in New Mexico, Genus Law’s sole focus is family law. That's all we do. That means all of our attorneys, paralegals and support staff are specialists at navigating local family law courts and getting our clients the best outcome with their divorce, custody or alinony cases. Call 505-317-4455, contact us, or chat with a live online representative now to schedule your consultation.