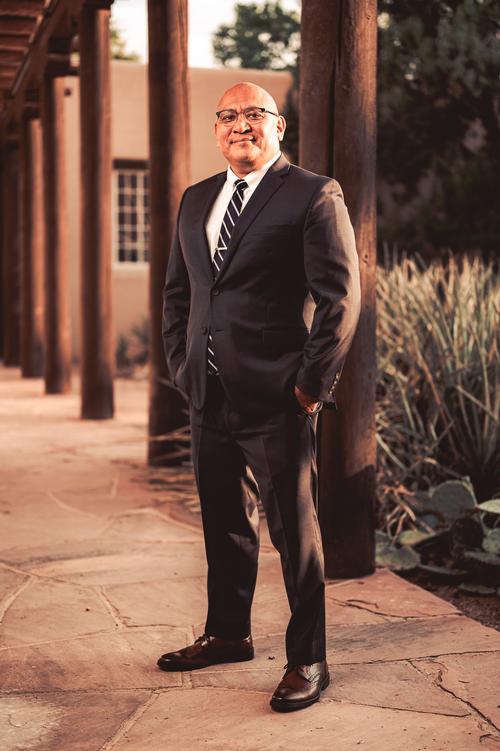 Brian R. Curley is an enrolled member of the Navajo Nation where he was born and raised. Originally
from Shiprock, New Mexico, Brian grew up in Window Rock, Arizona which is the capital of the Navajo
Nation. Brian earned his Bachelor of Arts in Communication & Journalism in 2006 and his Master of
Public Administration in 2010, both from the University of New Mexico in Albuquerque, NM. Prior to law
school Brian worked in the nonprofit sector as a Program Manager for a homeless outreach program.
Through his community work, Brian was inspired to apply to law school. In 2017 Brian graduated with
his Juris Doctorate degree from the University of La Verne College of Law in La Verne, California.

Brian is a graduate from the prestigious Pre-Law Summer Institute (PLSI) for American Indians/Alaskan
Natives through the American Indian Law Center in Albuquerque, NM, a rigorous pre-law school
summer program for American Indians and Alaskan Natives bound for law school. During law school in
Southern California, Brian became a certified mediator through the California Dispute Resolution
Program and mediated disputes in the Fontana Superior Court in San Bernardino County. Brian also
volunteered with the Neighborhood Legal Services of Los Angeles County where he helped Ex-Offenders
apply for criminal expungement and assisted low-income individuals with legal issues such as domestic
violence, landlord/tenant disputes, custody matters and divorces. Prior to joining Genus Law Group,
Brian worked in a Personal Injury law firm in Albuquerque.

While in law school, Brian was a member of the Public Interest Law Foundation (PILF), the Latino Law
Students Association (LLSA), the Delta Theta Phi (DTP) law fraternity, and served as President of the
Pride Law Alliance (PLA) club for LGBTQ+ law students. Brian is an active member in the local Native
American and LGBTQ+ communities. Currently, Brian is a member of the American Indian Bar
Association of New Mexico and the New Mexico LGBTQ Bar Association. On his free time Brian enjoys
participating and dancing in Native American pow-wows, spending time with relatives and friends, and
doing volunteer work for the homeless community. Brian has a passion to advocate for people and he
holds dear the virtues of social justice and equality. Brian is motivated by seeking justice for others and
is dedicated to working for fair and equitable outcomes.