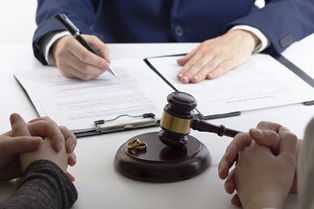 After careful consideration, and likely some negotiation, you and your former spouse reached several essential agreements. You may have decided how to divide marital property, if spousal support is necessary, whether child support will be paid, who will have physical and legal custody of your children, and how child visitation will work.

You expect these agreements to be honored so you can move on with your life with the certainty they promise. Unfortunately, this doesn’t always happen.

The Court Is Responsible for Enforcing Agreements

It's the court’s job to enforce its orders. However, it won't know an agreement was violated until you make a formal motion requesting the court to intervene on your behalf.

An experienced family law attorney will make sure you file the right type of motion, and that it's filed in accordance with all New Mexico court rules. This way, your action won't be dismissed because of a technicality, and you'll be one step closer to securing the court's enforcement that your former spouse complies with the agreed requirements.

After you file a motion, the next steps of the court depend on how the to enforce the agreement. For example, the court could:

Other actions by the court may include reporting a non-paying party to credit agencies and restricting or revoking a passport or driver’s license of a negligent parent failing to comply with custody or visitation agreements.

How to Convince the Court to Enforce Your Agreements

Before the court will grant your motion and help enforce your agreement, you're required to provide evidence that your ex isn't complying with one or more of divorce agreement provisions.

An attorney knowledgeable in family law understands the New Mexico court system and the proper evidence to prove your motion. Don’t let another day go by without getting the money you were promised or the contact your children deserve. Instead, call the experienced attorneys of Genus Law Group today and let us help protect your rights, finances, and children.