How To Get Divorced with Children in New Mexico 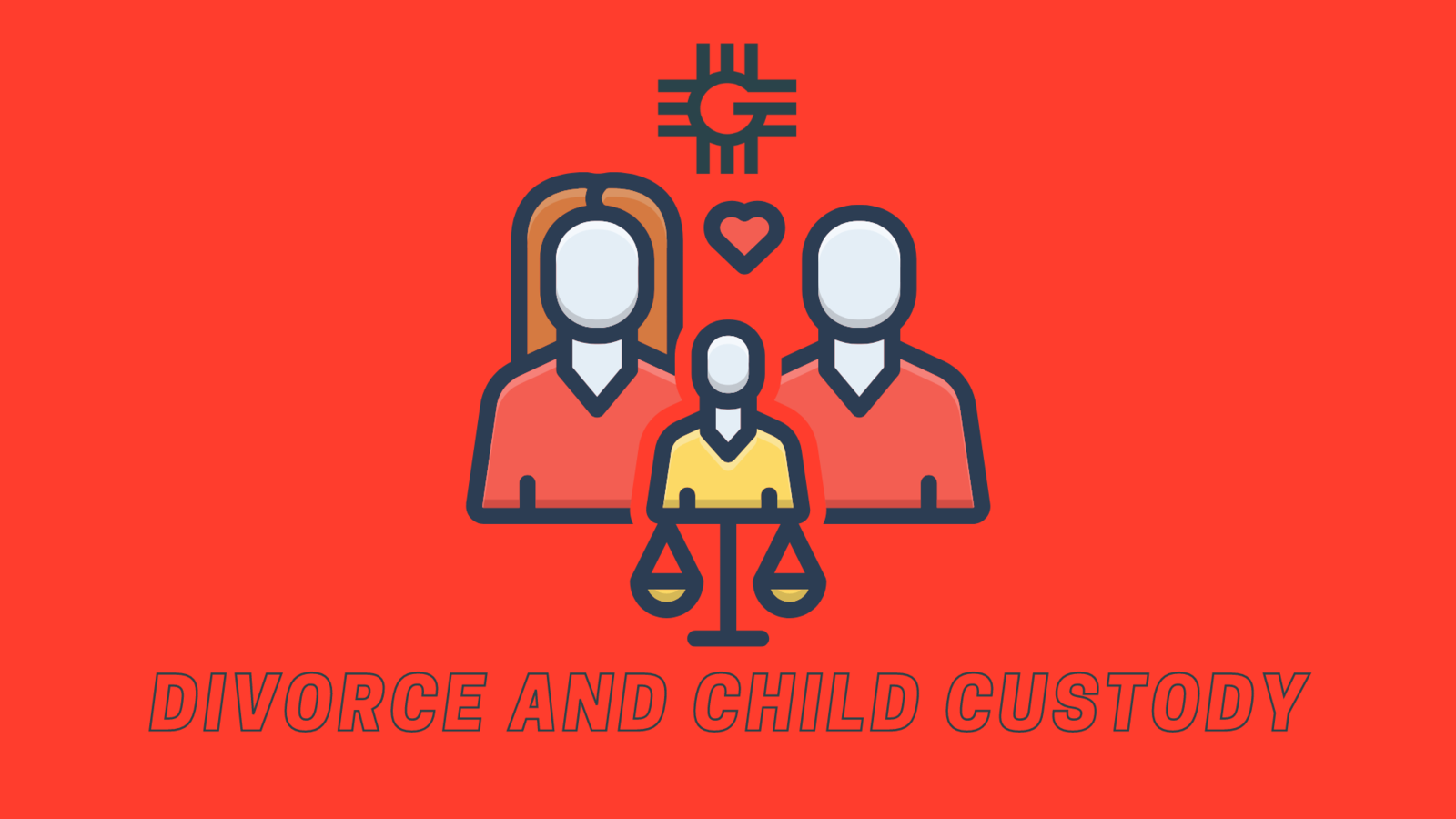 Divorce is never easy, but divorce with children can often be a more complex and difficult experience. This is primarily because there are more variables that need to be agreed upon when children are involved, and issues like custody and child support can be emotional and contentious. Ultimately, those issues come down to what is in the best interests of the child. In New Mexico, there are contested and uncontested divorces. The official definition of uncontested divorce is that one party has signed the divorce paperwork and the other party has decided to not respond in court. In uncontested divorces, the divorce terms are decided upon by both parties and allows for the divorce to be finished by filing the divorce paperwork and receiving a final judgment. While an uncontested divorce is usually an easier and cheaper option, it requires absolute agreement on everything. This is rarely achieved when children are involved or with longer marriages. The more common route is a traditional contested divorce, which is defined as one party filing for divorce and the other party challenges the terms. Because divorcing couples rarely agree on everything involving property division, custody, spousal and child support, most divorces are contested, especially if the couple has been married for a considerable amount of time or if children are involved.  Whether the divorce is challenged or not, it is always best to have a New Mexico family law lawyer on your side. This allows you to understand your rights and options so you can work through the terms and come to an agreement that works for you and your family.

Below are some of the most common questions that New Mexicans going through a divorce ask when children are involved:

How is the Divorce Proceeding Started in New Mexico?

Divorce in New Mexico begins when the Petition for Dissolution of Marriage in the District Court of New Mexico is filed. Once the form has been filed, proceedings get underway for the discovery process. The discovery process is the disclosure of assets, debts, and earnings of both parties. During this process, applications can be filed with the courts for temporary support, temporary custody, or to compel the opposing party to produce discoverable information. At this point, a period of negotiation takes place where both sides can submit proposed Marital Settlement Agreements (MSA) through their attorneys. If they cannot come to an agreement, the judge may order settlement facilitation (mediation) to help foster a workable agreement. Until this agreement is reached, temporary orders remain in effect. So what are temporary orders?

What Are Temporary Orders in NM Family Court?

When it comes to temporary orders, it is important to keep in mind that they are just that- temporary, but they can be modified during the divorce process to become permanent. This is usually done through mutual (stipulated) agreement but can also be done through a motion to modify filed by one of the parties. Temporary orders are meant to settle day-to-day matters while the divorce is either litigated in court or while waiting for the matter to be finalized. The purpose of temporary orders is to maintain civil terms between the parties for things like living arrangements, custody, payment of household bills, possession of the property, and spousal support. New Mexico family law lawyers can assist with implementing and making the transition easier when dealing with temporary and permanent orders.

In cases where there are children involved in divorce proceedings, courts may establish temporary custody arrangements to protect the children from the emotional stress and instability that often comes with divorce. Parents who are dealing with divorce are often emotional and can sometimes make rash decisions, resulting in more emotional turmoil for the children involved. When dealing with temporary orders for child custody in divorce cases, these decisions are some of the first choices that are made and that is to place the children into a living situation that is less disruptive for them. As a result, not all temporary custody orders take into account every relevant factor when considering a living arrangement for the children. That's why it is so crucial to work with a New Mexico family law lawyer who can protect you and your children's interests during divorce proceedings.

What is a Default Judgement in a New Mexico Divorce?

When a party is served with a Petition for Dissolution of Marriage in a District Court of New Mexico, they have thirty (30) days to file a response or answer. If it is not responded to in that time frame, the party that initiated the petition does have the option to file for a default judgment. Now, because divorces handle sensitive matters such as custody, child support, property division, debt division, spousal support, and other vital decisions that are unique to your specific circumstances it is rarely advisable to allow a divorce to move forward without a response but when a default judgment is the only option due to the party whose location is unknown, refuses to respond or does not show up for the scheduled divorce hearing. During a default judgment, the judge decides the following:

When it comes to a default decision, the judge bases their decision on the verbal or written testimony of the party who filed for the divorce. Now, the other thing to be aware of is that once the opposing party is aware of a default judgment, there is an allotted time for them to file to have the order vacated and the decision to vacate is at the discretion of the trial jury.

How Do Permanent Child Custody Agreements Affect my Divorce Case?

When dealing with child custody agreements and divorce, it can be a very stressful time for not only the parties involved with the divorce but any children who are directly affected by the divorce. When it comes to defining “custody” in New Mexico, it is defined as the authority and responsibility to make major life decisions in the best interest of the child, including medical, dental, religious, residency, education, and recreation. Permanent child custody agreements often reflect joint custody of the child, when dealing with the state of New Mexico. The state does believe it is in the best interest of the child for the parents to be jointly responsible for making major life decisions for the child. Now, joint custody does not work out for all cases. Some have it in place where the mother may have primary custody and the father is allowed visitation or vice versa, it all depends on the unique circumstances of your case. Check out our New Mexico Child Custody article to find out more about how custody and timesharing work in New Mexico.

Will I Need to Pay Child Support or Spousal Support After My New Mexico Divorce is Final?

When speaking about child support, after a divorce in New Mexico there are guidelines to follow which are set forth by the legislature and are revised periodically. The courts will use a preset formula to determine the amount of child support. It is not based on what the parents feel is a “fair” amount, but rather by using both parents’ gross income, or income before taxes as a basis for the payments. Now, a lot of people do wonder when child support payments can stop and there is a simple answer for that. Once the child receiving the payments is emancipated, either by court order or turning 18 or up until age 19 and until high school graduation, whichever comes first. The other way child support payments end is if the child joins the military passes away or gets married.

Similarly, spousal support is primarily determined by the need and ability to pay. Generally speaking, spousal support becomes more of a factor the longer the length of the marriage and is based on many factors including income disparity, and earning potential. For example, spousal support is much more likely to be awarded if the couple has been married for 10 plus years, and during that time one spouse stayed at home to look after the children so the other could have a professional career. Likewise, it is not likely to be a factor in a marriage that only a couple of years old and both parties have similar incomes. To see if alimony could be a factor in your case, check out our New Mexico Spousal Support article.

Divorce and custody cases are never easy and can have long-term effects on you and your family. If you need help navigating divorce, custody, or guardianship cases in New Mexico, our Albuquerque divorce lawyers have the skills, resources, and experience to get you the best possible outcome. You can call us at 505.317.4455 or chat with someone online now using our live chat function to set up your consultation with one of our New Mexico family law attorneys.

You can also check out our FAQ section and Family Law Library for more information about New Mexico Divorce and Child Custody.